I am awful at making money but I am good at earning honours. Therefore I am fuelled by honours ... and here comes the list. 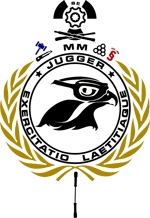 "Fechtmeister" (technical instructor) in Jugger • something I have forgotten • First 3-year Jugger project of the world – initiator •
... and if you really want to continue with nonjugger stuff, please refer to my vita at Uhus Nest.•

Did I invent Jugger? Of course not. As you can read in the ⇒ What's that?, Jugger has been invented as a sport at two places in Germany separately, based on the movie. I am not even one of the oldest Juggers - I started just a couple of years before Jugger went right through the roof here in Germany, and started spreading like wildfire over other counrries like Costa Rica, Ireland and Spain. 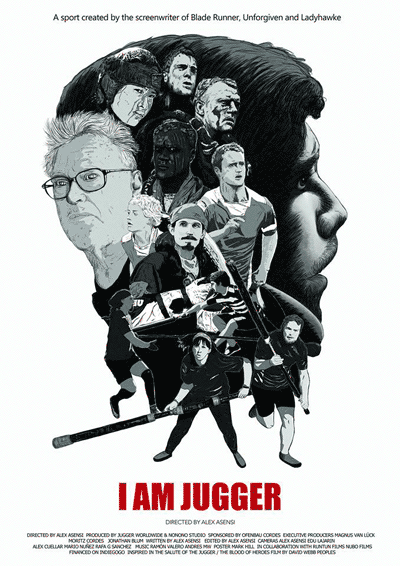 What I did, however, is to compile the current rules, history, Jugger locations, and international variants to the best of my knowledge and publish ⇒ the very first book on this unusual sport.
I also started to do the

Besides that, I got a PhD in history and am a writer of novels and factbooks; I am captain of my team, the Berlin

Laggerfalcons [Falco jugger], founded in fall/winter 2006, and was trainer of the Falcones44, a club for 9th grade pupils I founded at a nearby school in legendary Berlin-Neukölln.
Currently, I am working on bringing Jugger to Sweden, and have founded the 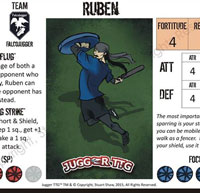 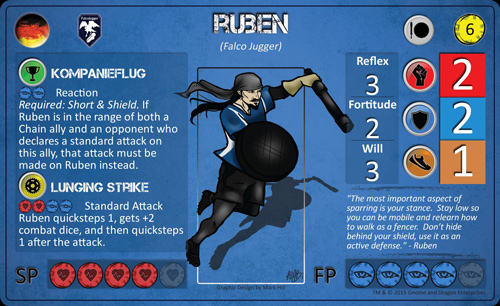